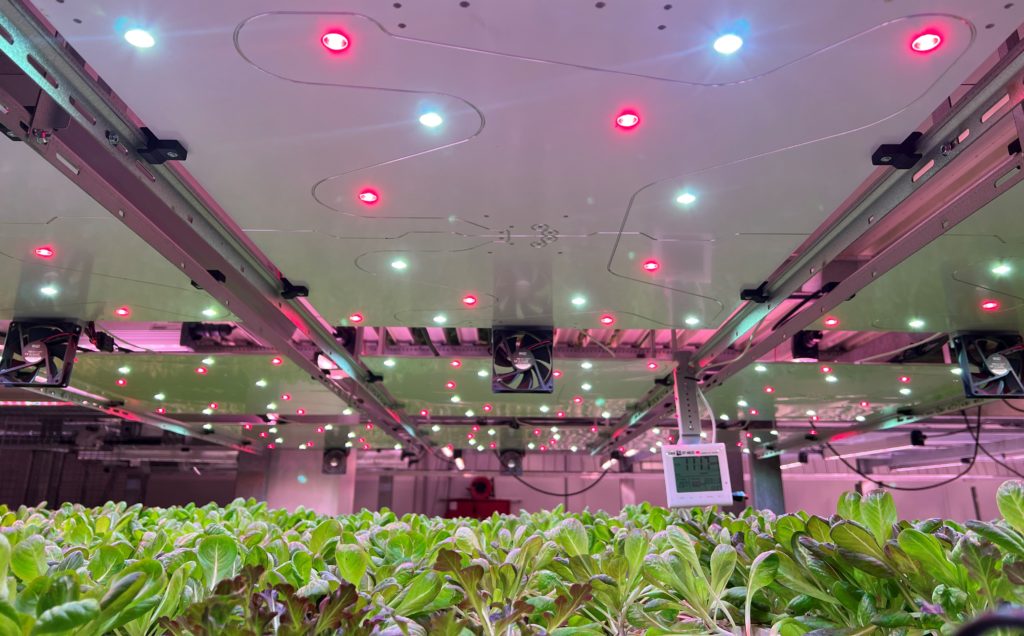 These days, populations are increasingly moving from rural to urban areas. This is a global phenomenon, and approximately 54% of people worldwide now lives in cities. With an increasing population density and a boom in technology, vertical farming has been on the rise to feed more mouths, replacing traditional farming. Proven by studies to be more sustainable, cost-efficient, and capable of producing higher yields, the vertical farming industry is projected to reach US$24.11 billion by 2030.

As growing urban populations and the onset of climate change threaten long-term food security, farmers in developed nations are veering away from traditional growth methods and favouring vertical farming. This is due to the widely-acclaimed benefits of sustainability and increased efficiency in vertical farming absent in traditional farming. Researchers believe the former could take us closer to solving the issue of world hunger.

To examine the differences between vertical and traditional farming and their impact on the environment, we must first examine each farming method individually to understand what they are precisely.

What is Vertical Farming?

Vertical farming is the agriculture of plants indoors in vertically stacked layers. Farming is done in small spaces such as greenhouses, warehouses, and empty office spaces, and it is a widespread practice in population-dense areas.

It is typical of vertical farmers to grow plants without the use of soil. This is because plants are stacked vertically, and soil is heavy and can weigh down the system. Instead, farmers opt for the use of air and water to create a suitable artificial environment to support plant growth.

As vertical farming takes place indoors, it uses CEA (Controlled Environment Agriculture) technology to protect plants and maintain an optimal growing environment around the year. This includes placing vertical grow lights of different colours to ensure plants get enough light, temperature regulators to ensure the farm climate is optimal, and various sensors for the continual monitoring of growth.

What is Traditional Farming?

Traditional farming is agriculture that involves open spaces, traditional tools, and natural resources such as sunshine and rain. It may also involve using organic fertilisers or chemicals such as pesticides and herbicides to encourage plant growth and ensure good plant health.

Popular traditional farming techniques include crop rotation, in which farms are divided into two or more fields, and the crops on each one are rotated. Other techniques include inter-cropping and mixed cropping, in which different crop varieties are planted in an alternating or mixed fashion.

The major differences in vertical and traditional farming lie in where farms are located (indoors vs outdoors), how plants are cultivated (vertically vs horizontally), and the resources used in farming (natural vs artificial).

Other differences lie in where these two farming techniques are employed and their impact on the environment.

Despite the growing popularity of vertical farming, traditional farming is still carried out by more than half of the global population, particularly in rural areas and developing nations. This is because vertical farming is relatively resource-intensive and reliant on technology such as custom vertical farming lighting, monitoring sensors, and climate control devices. All of these are costly, and not everybody can afford them.

Vertical farming is widely acclaimed to be much more sustainable than traditional farming, from food production to transportation and distribution. Below, we will look into exactly why and how that is.

How is Vertical Farming Sustainable?

There have been many cases made for vertical farming when it comes to sustainability, and rightfully so. Compared to traditional farming, vertical farming uses much less water and land, emits less CO2, and produces higher crop yields in general and per square foot.

The first difference between vertical and traditional farms lies in the water usage in farming. According to the Columbia University Earth Institute, vertical farmers require 70% to 95% less water than traditional farmers do in plant cultivation.

In traditional farming, a lot of water is lost due to evaporation, especially on hot and sunny days. Water loss is not a problem with vertical farming, as plants are cultivated in a closed system, and water evaporated in the system will remain inside it. This maintains a certain level of humidity optimal for crops to thrive.

Traditional farmers also have to provide excess water to their plants because of run-off. As plants are traditionally grown in the soil, water may run off the surface instead of seeping in to reach plant roots. This not only wastes water but may also pollute waterways, as the water lost may carry chemical fertilisers, pesticides, and herbicides with it depending on whether the farmer had used them on his farm.

Decreasing water usage in farming and preventing chemical run-off contribute to long term sustainability goals. In certain regions around the world, droughts are a common problem faced by farmers, and fresh water is scarce. Conserving water will ensure there is water always available for food and livestock, and it will help lessen the severity of droughts when they come. Preventing chemical run-offs can protect aquatic life and keep ecosystems intact.

Less and More Efficient Land Use

Secondly, vertical farming takes up over 90% less land while harvesting around 80% more per area unit. This is due to cultivation methods used in vertical farming, which involve plants being placed in close quarters and stacked vertically.

Take plants that are grown hydroponically, suspended in nutrient-rich water or a growing solution. This means they do not have to spread their roots out to seek nutrients like they usually would in the soil of traditional farms, allowing them to be grown closely together.

In traditional farms with access to the same amount of space, each crop will have to be placed about one foot apart to ensure its roots do not get tangled in the soil. This method fits only 16 plants in a 16 square foot row.

This means that compared to the average traditional farm, the average hydroponic farm can yield 28 times as much basil per square foot.

The decrease in land space in vertical farms can also increase farmers’ comfort during working hours. A smaller plot of land with a higher density of crops can be monitored more efficiently. It also frees up land to be converted for other purposes, such as offices, apartments, and community spaces.

As plants are cultivated in layers in vertical farms, there is no need for ample planting space. Farmers can also personalise harvests and produce crops with faster growth cycles thanks to the help of custom vertical grow lights and temperature moderators. This creates quicker harvests and more flexible grow cycles, increasing crop yield rate and yield per square foot.

Research conducted by the Journal of Agricultural Studies has concluded that CEA vertical farms produce an average of 516 times as many tons of harvest per 10,000 square metres than field farms that follow traditional farming techniques.

Both instances demonstrate that vertical farms are far more productive in crop cultivation due to their ability to optimise farming conditions. Alongside stacking plants on top of each other, vertical grow lights and other equipment speed up growth cycles.

For both farming methods, the journey of cultivating crops does not end with harvest. Farmers also have to consider crop distribution and transportation, another area in which vertical farming can be more eco-friendly.

Unlike in traditional farming, owners of vertical farms typically utilise a farm-to-table order system. This is a system that promotes local crop growth and consumption. Instead of purchasing international imports in supermarkets, consumers acquire produce directly from local sources, significantly shortening their supply chain.

According to the Food and Agriculture Organisation of the United Nations, longer supply chains may be associated with higher greenhouse gas emissions, including CO2 emissions. Excess CO2 creates a cover in the earth’s atmosphere and traps heat energy from the sun. This causes global warming, which disrupts wildlife ecosystems and melts ice caps.

A longer supply chain causes increased CO2 emissions due to its more intensive process of transportation, processing, storage, and retailing. Unfortunately, long supply chains are characteristic of traditional farming, as many farms are located halfway across the world from consumers of their produce.

Making the Switch to Vertical Farming

As a leading technology developer, LED iBond facilitates and supports the innovation of LEDs to meet the United Nations Global Goals of making climate improvements and ending world hunger.

Even though traditional farming practices continue to be widely used around the world, we believe that more and more of us will be able to make the switch to vertical farming as the concept and the equipment becomes increasingly known and accessible.

For more information, please contact Sales on the button below. We look forward to talking to you.